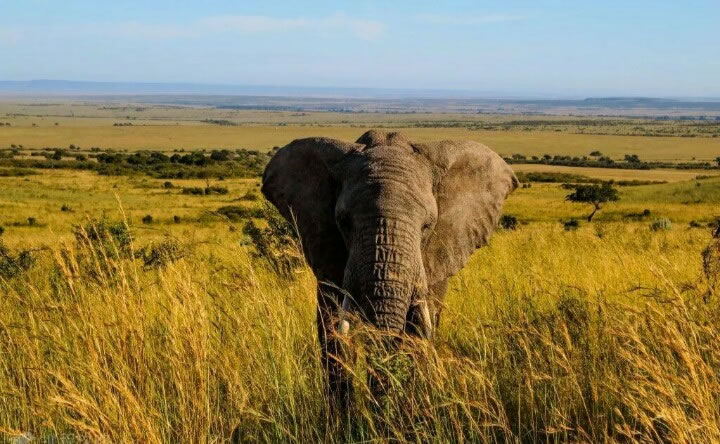 On arrival at Jomo Kenyatta International Airport, you will be met at your hotel by our company representative, briefed and thereafter proceed to Maasai Mara National Reserve via the Mai Mahiu â€“ Narok route taking along packed lunches. Maasai Mara reserve is considered Kenyaâ€™s prime wildlife area. This is due to the acacia-dotted plain scenery of stunning beauty where Black manned lions, cheetahs and leopards are found in abundance. Elephants, giraffes, genet cats just to mention a few Mara also hosts over 450 species of bird including the national bird of Kenya, the lilac breasted roller bird & other nocturnal birds. Arrive and proceed for the evening game drive, the best time to catch the cats as they crawl out from their shadows ready to make their next kill for the night. Return for dinner and overnight at the camp.
Meal plan: Lunch & Dinner; overnight at Lenchada Tourist Camp.
Distance: Approximately 254 kilometers from Nairobi.

Breakfast at the camp and thereafter enjoy a full-day game drive with a visit to the Mara River where you will get to see the huge crocodile as they bask in the sun and alongside them, you will also find hippos as they yawn their way to the surface of the water. During the great wildebeest migration, this river turns to a valley of death and only the fittest survive. Herds of wildebeests, zebras and antelopes cross the Mara River to seek greener pastures. This scene is among the 10 wonders of the world as it happens yearly.
Meal plan: Breakfast, Lunch& Dinner; overnight at Lenchada Tourist Camp.

After breakfast, you will have an en-route game drive as you depart for Lake Nakuru National Park. Arrive and proceed to have an en-route game drive as you head for Lake Nakuru Golden Palace Resort where you will have lunch and some rest. After some rest you enjoy an evening game drive where you will have the opportunity to visit Lake Nakuru which is considered the paradise for bird-watchers. It has become famous because of the millions of pink flamingoes that flock its shores. Lake Nakuru also is home to black rhino, waterbucks, zebras that graze on the vegetation close to the shores.
Meal plan: Breakfast, Lunch & Dinner; overnight at Golden Palace Resort.
Distance: Approximately 220 kilometers from Maasai Mara.

Breakfast at the camp, you will drive to Hellâ€™s Gate the only park you are allowed to walk or moreover you may choose to have bike rides but at an extra cost. Thereafter you will be driven to Taphe Resort Lake Naivasha/Equivalent for lunch. After some rest you will have an evening game drive. There you will even have a chance to enjoy a boat ride which will give the opportunity to watch amazing birds and scenery but at an extra cost.
Meal plan: Breakfast, Lunch & Dinner; Overnight at Taphe Resort Lake Naivasha/Equivalent.
Distance: Approximately 85 kilometers.

At 0630 hrs a pre-breakfast game drives to catch the beautiful backdrop of Africaâ€™s highest mountain, Mt. Kilimanjaro. Return for breakfast. After breakfast, proceed for a thrilling en-route game drive as you depart for Nairobi where upon arrival you will be transferred to Jomo Kenyatta International Airport for your departure flight back home.
Distance: Approximately 266 kilometers from Amboseli to Nairobi.